A big mistake to ignore influence of blogosphere

The political earthquake stunned the government which had vilified bloggers and threatened them with jail. Prime Minister Abdullah Ahmad Badawi admitted his "biggest mistake" had been to ignore cyber-campaigning.

"We thought that the newspapers, the print media and television were important, but young people were looking at SMS and blogs," he said.

James Chin from the Kuala Lumpur campus of Australia's Monash University, said Malaysia's vibrant online scene was the result of a unique set of factors including a muzzled mainstream media and relatively good Internet access.

"Malaysiakini could only have existed in places like Malaysia, Singapore or Burma, simply because the mainstream press have no credibility," the political analyst said.

The phenomenon has also provided more space for the mainstream media -- which largely practices self-censorship -- to cover stories that in the past they would have had to ignore, he said.

"The traditional press can justify covering a story because they can argue that it's already in the public domain," Chin said. "They act as a safety valve for local papers."

Jeff Ooi, one of the nation's top bloggers who has now become an opposition parliamentarian, said there were fears that deputy premier Najib Razak, who will replace Abdullah in March, could clamp down on the Internet.

Malaysia made a 1996 pledge not to censor the Internet, but websites and blogs are still subject to strict slander and security laws which critics say can be wielded as political weapons.

Another high-profile blogger Raja Petra Kamaruddin, an outspoken critic of the government, was jailed for two months last year under an internal security law that allows for indefinite detention without trial.

But Chin said the Malaysian blogosphere is now so large and diverse, with many pro-government sites also reaching a wide audience, that the genie can never be put back in the bottle.

"It's unclampable right now. The Internet has gone far beyond the conventional control methodology," he said.

"Regulators are saying that whatever is illegal offline is illegal online, but there are loopholes that mean bloggers are still having a heyday."
Dicatat oleh pekembar di 2:03 PTG 1 ulasan:
Label: Sepintas Lalu

The Vatican-Jesuit-Masonic crusades, up to our present time, show their criminal "full-spectrum dominance" doctrine is effectuated all over the world by:

1. War, genocide and depopulation (recent examples: Canadian natives genocide between 1880-1984, the "Vatican managed Serbian genocide during WWII" with an ongoing US court case, and the ongoing Shia Muslim genocide in Iraq with over 1.217.892 deaths)

6. Suppression of sovereignty, consciousness and spirituality.

The Vatican-Jesuit-Masonic network operates mainly out of the following cities:

District of Columbia (which includes Washington D.C.), United States (military center). The "District of Columbia Act of 1871" turned D.C. into a municipal corporation. Congress has the supreme authority over the city and the federal district, with its own special constitutional amendment since 1961. Furthermore the District of Columbia is judicially governed by the Lex fori as opposed to Lex causae.

The Jesuit bishop John Carroll was probably the richest man in America in the late 1700's. Carroll allowed funding to construct D.C. (which is nicknamed "Rome on the Potomac"). The owner of the land used to be Francis Pope and his priest was Jesuit Andrew White.

Washington D.C.'s original name was Rome, Maryland, and a branch of the Potomac River was called Tiber Creek, which was named after the Tiber river in Rome. Like Rome, Washington D.C. has 7 hills, whose names are: Capitol Hill, Meridian Hill, Floral Hills, Forest Hills, Hillbrook, Hillcrest, and Knox Hill.

Other masonic elements in this city: Jesuit Georgetown University, the masonic street layout and monuments, and the 2008 World Conference of Masonic Grand Lodges.

Emirati students prefers Americans and British lecturers. They look up to these westerners. UAE is very much developing their human intellectual now for its nation building. Its amazing to see that the development of human intellectual in that country is as robust as the development of its high rise buildings. Real estate in Abu Dhabi and Dubai has gone up to 30% and property prices in Abu Dhabi are set to continue rising until at least 2012. International schools, colleges and universities has also increased by the numbers in recent years. Abu Dhabi is such a beautiful and well planned city, far better than Kuala Lumpur or Shah Alam!

At UAE, everything is about the Emiratis first. The emirate's half million citizens, who sit on one-tenth of the planet's oil and have almost $1 trillion invested abroad, are worth about $17 million apiece. However, a million foreign workers don't share in the wealth. But in Malaysia, we are scared of Indonesian!

UAE were behind Malaysia 5 years ago. They seeked our help for development of their Dubai Internet City and we share with them our success stories in the MSC. Alas, what happen now? And what happen to the MSC Malaysia? The change of name remained a rhetoric when greedy 'mangkuk hayun' took over and try to abolish the legacy of the previous great leader.

To boast to other nations that we are from Malaysia is history. When before, we were proud to be Malaysians, today we avoid ambarassing questions about our country. Malaysia is moving backwards into 3rd world country! A pathetic scenario.
Dicatat oleh pekembar di 9:33 PG 2 ulasan:
Label: Dasar 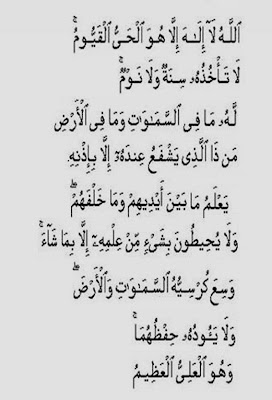